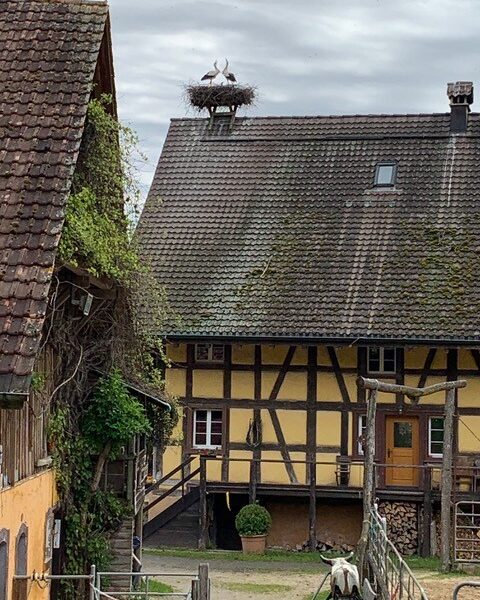 Let me preface this blog by saying I am by no means a bird-lover, nor do I engage in the somewhat popular, Swiss hobby of birdwatching. Needless to say, prior to writing this, I had very limited knowledge about storks other than they are a bird species (as well as for the legend that they bring babies). I do enjoy walking in nature, however, while taking in all the sights and sounds, which often includes many birds. In Switzerland, by the way, there are none less than 420 bird species, including storks.

After years of living in the Swiss countryside, in more recent years I began noticing stork nests on rooftops. On occasion I would catch a glimpse of one of the storks—mom or dad—perched proudly in their nest. Actually sighting a pair together with chicks in their nest is a rarity. Today was my lucky day! During one of my favorite walks through the Nature Conservation Area along the Reuss River in Canton Aargau, we stopped for a moment to watch a stork nesting atop a beautiful farmhouse. After a few minutes had passed, he/she was joined by his/her partner followed by a moment of bill-clattering. At the same time, the bill of one of the chicks appeared. It was a precious moment, and I was thrilled to catch it on my iphone.

On our way back home, my husband shared with me some history about the stork population in Switzerland. Apparently, between 1900 and 1949, the stork population in Switzerland diminished considerably, and by 1950, storks were considered all but extinct. He also told me the story of Max Bloesch, also known in Switzerland as the “Storchenvater” (Father of the Storks). Growing up, Max Bloesch had developed a fascination for birds, and an affinity for storks. In 1948, eager to help the population of storks in Switzerland rebound, Max Bloesch founded a stork resettlement program. He began by establishing a stork habitation in Altreu (Solothurn) on the Aare River, importing storks from the Alsace, Czechoslovakia, and North Africa, and breeding them before reintroducing/releasing them back into the wild. It was the first of many such sanctuaries. Over time, thanks to Max Bloesch and his team, the stork population recovered, and today storks are once again native to Switzerland. Here are the statistics from 2020: 684 breeding pairs with a total of 1167 offspring. You can locate a nest near you on this link: www.storch-schweiz.ch

Feel free to share your thoughts and ideas with us on social media: Facebook, LinkedIn, and on Meet-up. 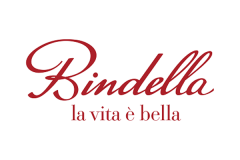